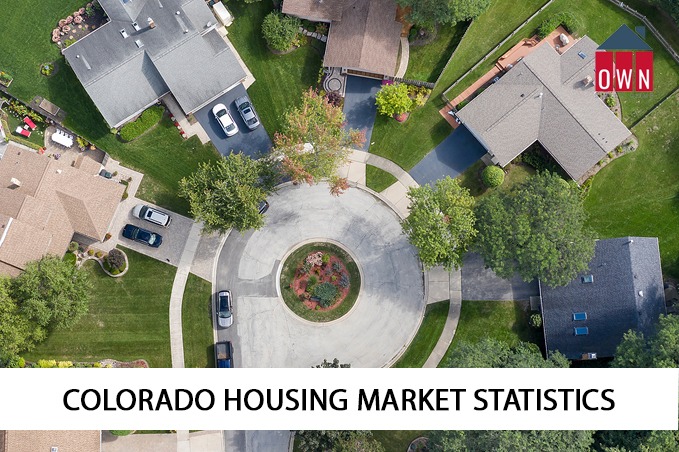 Colorado is among the leading real estate markets in the United States for several reasons. A healthy population growth rate ranks seventh in the country, a flourishing economy and job market, and breathtaking national parks to a very favorable climate. While Denver is considered one of the hottest real estate markets for many years, experts have tabbed other Colorado Investment properties as the most promising in the US.

For a number of reasons, the Colorado real estate looks primed for another banner in the near future. We can break down the data and put together some forecasts.

It is still a seller’s market

Though the overall market is a little slow, it is still a great time to contact your best realtor team and sell a home in Colorado. There is a steady demand, inventory is at a record low, and the statewide listings have nosedived.

If you are to sell, you can name a reasonable price. The statewide median single-family home prices are up by 6% as compared to the previous year. The local market is also healthy, as it is up by 5.4% over the past year.

Low inventory will constrain the market to some extent, but most of the authorities see a continued healthy appreciation at present and soon. There is an expected 2.3% increase over the year.

Colorado Springs is about to take off in 2020, and there is a possibility that Briorgate is considered to a very desirable neighborhood for the people in the entire state. Briorgate offers extremely low crime, a mild climate, and proximity to the Colorado Springs proper and high-ranked schools. Affordability is something that it may not provide, as the median home values sit at $376,000.

The college towns typically offer an exceptional level of livability, and Fort Collins is no exception. The quiet and scenic University Park is the jewel of the city. It contains historic architecture that dates back to the late 19th century, proximity to Old Town Square, and a chill, sophisticated vibe.

Durango is located along the Animas River and offers are quaint downtown. There is bustling nightlife and a restaurant scene, while the lifestyle is tranquil and suburban that is close to nature. If someone wants proof of its desirability, the median home price is $469,900, and the market is still considered to be red hot. You might have to pay a lot, but you will undoubtedly get a lot for your money.

This is an eclectic neighborhood that is present in the heart of the state capital. It features everything that is implied by this location. There are quirky shops, fantastic restaurants, and unprecedented access to everything that Denver has to offer.

Five Points is also one of the most affordable neighborhoods in the Denver market, as the housing price dropped by 8.7% over the past year.

Orchard Mesa lives up to its name. It is located just outside the downtown Grand Junction and offers access to the Colorado National Monument, views of both the Gunnison and the Colorado Rivers, and a sprawling network of the mountain bike trails.

Over time, more people are discovering the charms of this area, so the home prices have jumped accordingly. The Grand Junction median home prices stand at $246,800, a 7% spike from the previous year.

When we look at the statewide economic forecasts and the Colorado real estate, we do not find any discouraging signs at all. Though Colorado's economic growth has been slightly on the slow side, it will outpace the national development. The economy is driven primarily by in-migration, a colossal growth regarding the agricultural sector, the ongoing tech boom, and the lowest unemployment rate in the United States.

Have any questions regarding the topic "COLORADO HOUSING MARKET STATISTICS?" Feel Free to comment down below.

Also Read: WHY YOU SHOULD BE HIRING A REALTOR FOR SELLING YOUR HOME